Time Engagement? Self-Management? Time Management is a spiritual pursuit? What I do know is the time we have on this planet is finite. Once a day is over, it is over. We cannot get that time back and our future time is unknown. We may have days, weeks, months, years or just seconds left on this planet. How we spend our time is a choice.

But how do you decide where to spend your time? I teach goal setting and time management and I am the first person to tell you that some days I have no idea where the day went and I certainly don’t always see forward momentum towards a goal. Some days I think time managment is more perseverance than perfection.

My guest just released the latest book in his Get the Nerve to Succeed Series; Time Management – 50 Lessons on Finding Time for What’s Really Important. If you are looking to become more productive on what really matters, you won’t want to miss this show.

I myself had a few ahas as I was thinking over the show on my way home from the radio station. Share with me on twitter what made you stop and think. Tweet to me @TheLauraSteward! 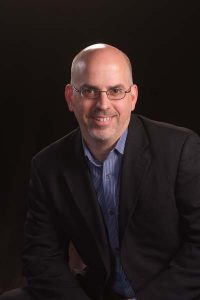 Dr. Joe Serio has cracked the code for improving personal leadership, decreasing stress, and increasing productivity. But before he did that, he had to deal with the fear that was holding him back.

His quest to live his best life has taken Dr. Serio to some unlikely places.

He was the only American to work in the Organized Crime Control Department of the Soviet National Police prior to the collapse of the USSR. He later served as director of the Moscow office of a global corporate investigation and business intelligence firm. Dr. Serio is the author, co-author, or translator of nine books, including the critically-acclaimed book, Investigating the Russian Mafia.

He is also author of the Get the Nerve™ series of books, which includes Overcoming Fear: 50 Lessons on Being Bold and Living the Dream, Public Speaking: 50 Lessons on Presenting Without Losing Your Cool, and Time Management: 50 Lessons on Finding Time for What’s Important.

He has studied Russian, Chinese, and Spanish, including translating books from Russian and Spanish into English; learned to play the harmonica and guitar, and has recorded on CDs and played on stages in several countries; served as Editor-in-Chief of an international magazine; and taught at the university level, among other things.

He has made three documentary movies for A&E’s program, Investigative Reports, and has appeared in media around the world, including CNN, BBC, New York Times, Washington Post, Legal Realm (China), Sekai Nippo (Japan), Sol de Mexico, and others.  Find out more at www.joeserio.com