How does one go from not being able to walk well to a pro-wrestler to Pastor? To decide to go in a ring against a man significantly taller and stronger, The Undertaker, and then write a book about a vigilante/wrestler/pastor? Well if you are my guest today you just ask yourself a few questions and take the next steps on faith!

Chris Whaley performed as The Saint on the pro wrestling stage while going to seminary to become a Baptist minister. He learned many lessons along the way including that” as long as you fall forward you are closer to your goals.” LOVE that!

His current book, The Masked Saint, is based on his own story and is a major motion picture. 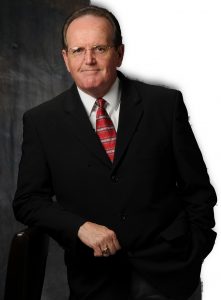 Chris has been married to his high school sweetheart for 40 years.  He has two daughters:  Alyson and Kacie.  Both girls were high school valedictorians.  Alyson has four children and Kacie has one.

He currently serves on staff at First Baptist Church of Orlando.