I am a space geek and have read just about every book written about the subject and have had the honor of meeting and talking with the head of NASA, before I had my radio show, and an Apollo astronaut. No book has ever been written about the Space race in America by a woman nor by a contractor. Up until recently Kennedy Space Center did not even acknowledge at the Cape the 400,000 contractors that were instrumental to the success of the moon landings and for that matter the entire U.S. space effort. That is until now.

My guest shares what it was like to be a woman working at Kennedy Space Center when all of America was joined together to support one common goal; to land a man on the moon and return him safely. And you won’t want to miss what happened when she was declared a “safety hazard”! 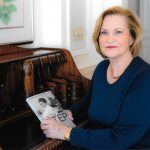 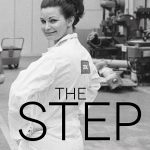 Martha Lemasters is a Floridian, born and raised in Ft. Lauderdale. After escaping from an unhappy marriage, Martha pursued a career in writing and she knew exactly what she wanted to write about, the Apollo program.

First, she found a job as a typist, was promoted to secretary and eventually landed her dream job as a writer for IBM at the Kennedy Space Center during the Apollo program.

During this time the Kennedy Space Center was a man’s world, made up of engineers, scientists, analysts, programmers and technicians with men outnumbering women 200 to 1.

As a marketing communications writer, Lemasters wrote about the people who made up one of the greatest technical teams ever assembled in American history. Included in those stories are the heartaches, failures, losses, and challenges endured by the individuals who made up the Apollo launch support team at the Cape.

Following the end of the Apollo program, she continued into the Skylab and Soyuz programs. After these programs ended she joined Harris Corporation in Melbourne, also as a writer.

After retiring Martha devoted herself to her volunteer work but her passion for writing never waned. She knew she had a story that had to be told. Three years ago Martha gave up her busy volunteer schedule and devoted herself fully to writing her personal memoir, The Step: One Woman’s Journey to Finding her Own Happiness and Success During the Apollo Space
Program.

The book offers an insider’s look at the Apollo program and the many important, and mostly unrecognized people who made it happen. Bold and complex, women’s issues and equality are underlying themes of this richly woven tale. Science, history, humor and romance all intermingle in this stunningly fresh and inspiring account of one woman’s journey as she overcomes every obstacle on her path to finding happiness and success.  www.marthalemasters.com