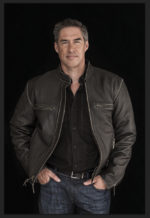 I was talking to a friend who served in the Army for 34 years and retired as a Colonel. I asked her if she knew my guest on this episode as they served in the same areas at times. When I asked what unit he was in and told her Delta Force, her words blew me away. She said, “I would not know him. They are invisible.”

What blew me away was that someone who put his life on the line for us everyday, and was required to be “invisible” so they could be safe and get the job done, would then chose a career that was a very visible one. How do you reconcile that? What do you ask yourself to shift from the one perspective of invisible to highly visible? 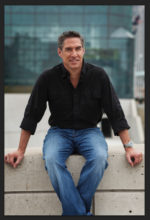 Brad Taylor is the author of the Pike Logan Thrillers that grab your attention from moment one and keep you guessing all the way to the end of the books. His research is legendary and his latest book is no exception. Listen as he shares a story that made it into the book that was real and had him being interrogated for six hours in a foreign country. And that happened after the Army while he was researching his latest thriller, Operator Down!

He goes all in when he writes, when he lives and when he allows himself to be interviewed. One of my new favorite guests!

Take a listen and learn how he bridges his worlds, writes his books and lives his life.

Brad Taylor is the author of the New York Times bestselling Pike Logan series. He served for more than twenty years in the U.S. Army, including eight years in 1st Special Forces Operational Detachment Delta, commonly known as Delta Force. He retired as a Special Forces lieutenant colonel and now lives in Charleston, South Carolina.