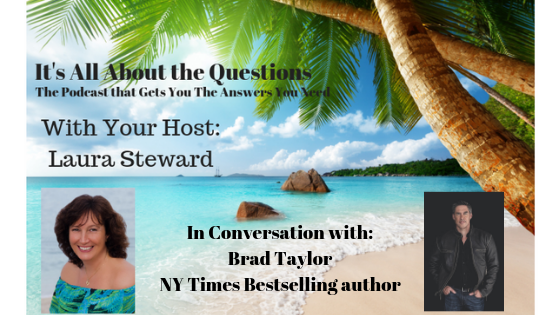 What does it take to write a NY Times bestselling book year after year and still love what you writing? How do you keep your readers wanting more and stay up late unable to put your latest book down?

How do you weave current events into the books way before they seem to be current events? What about fact versus fiction? National security details that you know but cannot expose?

What kind of mind makes up the stuff that keeps us on the edge of our seats novel after novel?

Well these are just a few of the questions I ask of returning guest Brad Taylor as he launches his latest Pike Logan thriller, Daughter of War. And wait until you hear how the book title came about. The character it is named for was even going to be a main character. I love to explore the creative process with my guests who are prolific writers and with Brad Taylor I also get to ask him a number of current event related questions that normally I would not get a straight answer on about the world today. 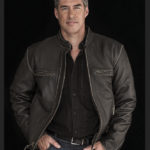 Brad Taylor was born on Okinawa, Japan, but grew up on 40-acres in rural Texas.  Graduating from the University of Texas, he was commissioned as a second lieutenant in the U.S. Army Infantry.  Brad served for more than 21 years, retiring as a Special Forces Lieutenant Colonel.  During that time he held numerous Infantry and Special Forces positions, including eight years in 1st Special Forces Operational Detachment – Delta where he commanded multiple troops and a squadron.  He has conducted operations in support of US national interests in Iraq, Afghanistan, and other classified locations.

His final assignment was as the Assistant Professor of Military Science at The Citadel in Charleston, SC.  He holds a Master’s of Science in Defense Analysis from the Naval Postgraduate School, with a concentration in Irregular Warfare.  In 2011, Brad published his debut novel, One Rough Man, which was an immediate success and launched the Pike Logan series. Now with more than 12 installments and more than 2 million copies sold, the series has consistently hit the New York Times bestseller list. When not writing, he serves as a security consultant on asymmetric threats for various agencies.  He lives in Charleston, SC with his wife and two daughters. www.bradtaylorbooks.com