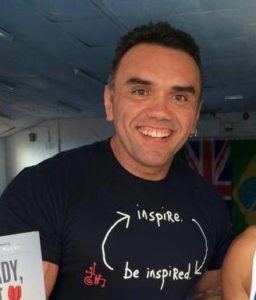 
Success! Now check your email to confirm your subscription.

How do you go from over 300 pounds to champion bodybuilder in one year? You plan. You focus. You find the most powerful motivating belief inside of you and then you live it.

My guests on this episode did not start out as bodybuilders. They were normal people with regular jobs. Yuri Diogenes worked for Microsoft and was a university professor as well when he realized he needed to make some serious lifestyle changes if he wanted to be around for his family. One year and 100 pounds lighter he was winning bodybuilding competitions.

Jodi Miller was a teacher when she decided to invest in fitness for herself. At a time when women bodybuilders were rare and looked at like they came from Mars, she excelled and now teaches others how to achieve whatever goals they want for their lives.

Whether you have a fitness goal, a weight goal or are at that point in your life where you are realizing something needs to change in your life and your business, this episode is for you. 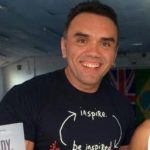 Yuri Diogenes, M.S, MBA, technical speaker, University Professor and author of more than 15 technical books about technology and information security published in United States and Brazil. After his journey to lose one hundred pounds, Yuri became a NPC (National Physique Committee) US bodybuilder competitor and co-wrote his first non technical book called Ready, Set, Achieve, which was also translated to Portuguese an released in Brazil in 2015. 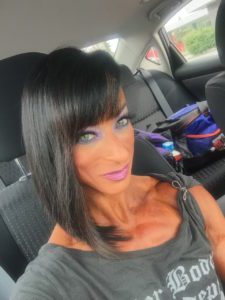 Jodi Leigh Miller is a graduate from The University of Texas at Austin with a BA in English and a lifetime teaching certification in the State of Texas for grades 6 through 12 in Secondary English. Jodi taught ninth-grade English for six years at the high school she graduated from and later became an instructional leader for an alternative teaching certification program for The New Teacher Project, which is a national, non-profit, education reform organization. While in that position, Jodi trained and managed new and veteran teachers in the art of teaching in high needs schools. Jodi now runs her own business? Phlare Physiques?and works with clients out of Extreme Iron Pro Gym in Dallas, Texas.

The most outstanding moments of her competitive career include her becoming an IFBB Professional competitor in 2015 at the NPC Team Universe and going on to earn second place at the 2016 Arctic Pro and third place at the 2016 San Jose Pro, bringing her just one point away from qualifying for the prestigious IFBB Olympia.

Find them at www.readysetachieve.com
Check out this episode!