How does someone get started as a freelance writer? Is it possible to make a good living as a freelancer? What steps do you need to take to connect with an editor and get a paid assignment? How do you develop ideas for your articles?

My guest on this episode has made a good living as a freelance writer for over 18 years in addition to his other writing career as an award winning author of historical fiction. He answers those questions and many more on this insightful episode on getting in the front door of your target magazines and newspapers. 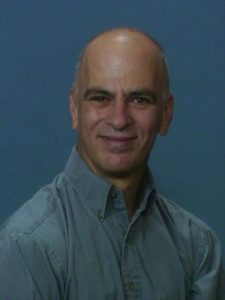 Alan M. Petrillo lives in Tucson, Arizona where he writes full-time for national, regional and local magazines and newspapers, as well as writing mystery and thriller fiction.

He’s the author of five works on historical military firearms, a non-fiction book on Ice Hockey in the Desert, and three historical thriller/mysteries, A Case of Dom Perignon, Asylum Lane, and Full Moon. He also has contributed work to two mystery anthologies, Medley of Murder, and Map of Murder.

His short story, Burn Unit, won the Best Short Story of the Year Award from Writer’s Post Journal, and his article on Women’s Love/Hate Relationship With High Heels was given an Addie Award.

A native of Amsterdam, New York, Petrillo holds a bachelor’s degree in English from Siena College in Loudonville, New York.

He has served as a reporter and editor for various daily news organizations, including the Schenectady Union-Star, the Amsterdam Recorder, and United Press International.

A long-time resident of Latham, New York, Petrillo served for 22 years as a firefighter with the Verdoy Fire Department in the Town of Colonie, rising to the positions of chief and fire commissioner.

www.victoriancarriageseries.com
Check out this episode!