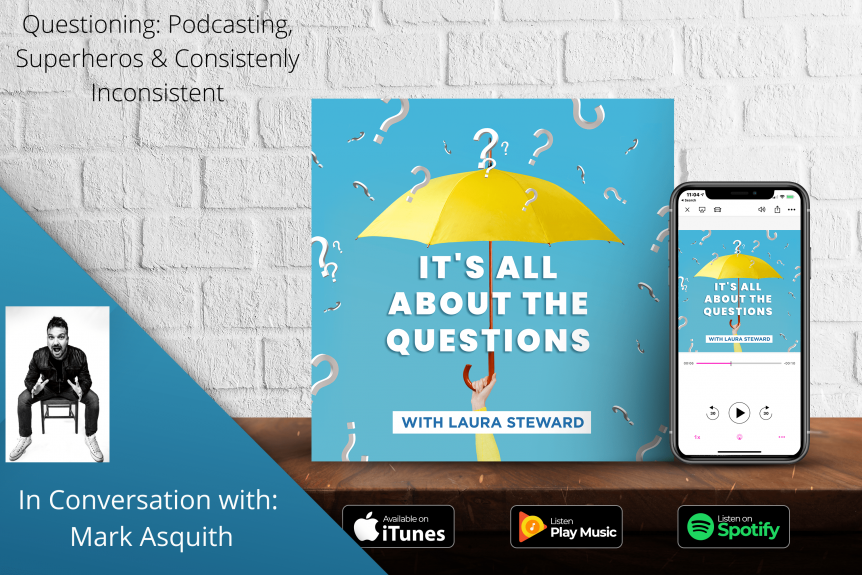 When you get to ask one of the people on the forefront of podcasting, someone who lives on the edge of defining how we interact with each other via media and someone you love talking to a few questions it is best to make sure you record the conversation. Why? Because perspective shifting answers and questions abound not to mention some fun.

Take a listen as I interview Mark Asquith, aka The British Podcast Guy, as we discuss his journey to define his role in the world, his thoughts on the future of podcasting and why he really does not care about missing out. His answer made me rethink several different areas of my life.

And it wouldn’t be a conversation with Mark unless some superhero conversation surfaced. I mean the man calls his company Rebel Base Media! I may just have to have him back on the show to just discuss Star Wars, the DC universe and Star Trek. I can easily get lost in that conversation. 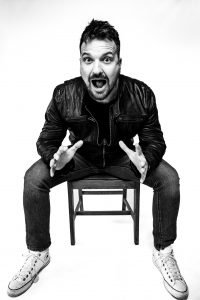 After quitting his job at age 23 so that he didn’t have to work for people with whom he didn’t want to share a water cooler any longer, Mark Asquith decided to try his hand at digital product development and began working with some of the UK’s biggest organizations, including the NHS, JCB and the Ministry of Defense.

But that wasn’t enough, he struggled with the idea of having a “boss” and the stifling feeling that brought with it. Mark decided after a few years as a freelance digital consultant that the only way to actually control his own lifestyle was to work truly for himself, on things that he loves.

Since then, Mark has gone on to create a globally successful design agency, work on two tech startups with some serious stories to tell and create a personal brand that has resulted in an audience of worldwide fans who appreciate his “no BS” attitude and straight-talking demeanor.

A regular speaker across the world at tech, business and podcast events, particularly in the United States. A straight-talking, no BS millennial speaker, Mark talks on productivity, startups, work/life balance, personal branding, digital product development, user experience and all aspects of modern marketing.

Right now, Mark is CEO and co-founder of Rebel Base Media, one of the UK’s leading podcast companies and was the vision behind the suite of products from Rebel Base Media including a podcast hosting, analytics & distribution platform (Captivate.fm), the world’s #1 managed WordPress platform for podcaster (Podcast Websites), Podcast Success Academy & podcast interaction tech, Poductivity along with the Rebel Base Media podcast production studio in Sheffield.

Follow along with the transcript or just read the epsiode!