From Goldman Sachs to Philanthropist and Chief Engagement Officer of Women Moving Millions to producing movies about rape on campus and making the Top 50 Global Diversity List by The Economist of individuals who have used their position in public life to make an impact in diversity my guest today reveals the questions that drove her and still drive her to make an impact each day. 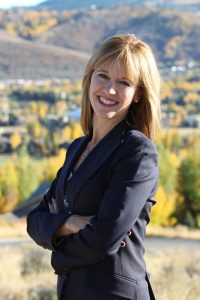 Jackie Zehner PhotosJackie Zehner poses for a picture at her home on October 20, 2010 in Park City, Utah. Photo by George Frey

Jacki Zehner dedicates her time and resources towards the advancement of women and girls. As the President of The Jacquelyn and Gregory Zehner Foundation, a role she has held for the past 15 years, Jacki funds a variety of projects and organizations, with a particular focus on women’s rights, women’s foundations, movement building, and media.

In 2012, Jacki became the Chief Engagement Officer and President of Women Moving Millions (WMM), a non-profit organization based in New York City dedicated to mobilizing unprecedented resources for the advancement of women and girls. With more than 240 members, each contributing a million dollars or more to organizations of their choice, WMM has successfully brought the needs of women and girls to the forefront of philanthropic giving.

Prior to her philanthropic focus, Jacki was a Partner and Managing Director at Goldman Sachs in New York City, where she was the youngest woman and first female trader to make partner. Jacki serves on a number of boards and advisory committees, and is an active writer, speaker, consultant and featured expert on topics relating to women and wealth, philanthropy, and leadership. She currently lives in Park City, Utah with her husband Greg and two teenage children.  @jackizehner or www.jackizehner.com