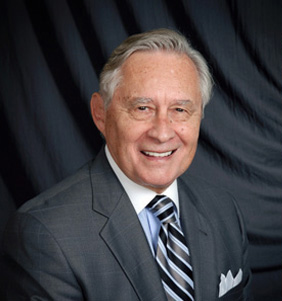 My guest today wanted to find out what kind of woman would make the best U.S. President after he voted for President Obama and realized he was not who he thought he was. What Stanford Erickson discovered was the traits associated with being a Mama’s boy or girl or Daddy’s boy or girl made a difference in how you approached things. So he went and looked at 8 female world stage leaders including Hillary Rodham Clinton, Angela Merkel, Carly Fiorina, Elizabeth Warren, Eleanor Roosevelt, Golda Meir, Margaret Thatcher and Edith Bolling Galt Wilson.

When you look at these powerful woman and use the filter of mama’s girl or daddy’s girl, not from a negative perspective but from a leadership trait, it is interesting to see why they have been successful or not as successful as they could be.

Stanford’s current book, The Kind of Women who Can Be President of the United States is more a book about leadership and leadership styles than a book about why women are not be elected to the highest office in this country versus others. My eyes opened when I read his book, a follow up to Mama’s Boy Presidents Why Do We Keep Electing Them? They didn’t open because of the title. They opened because of the content.

Having spent 30 plus years as a journalist covering the political beat as a bureau chief and more and having interviewed three President’s including Nixon and Reagan, Stanford is uniquely qualified to write this book. I love perspective shifting reading that give me new questions to ask.

I looked back at myself while reading the book and while interviewing Stanford on the show and I learned a few things about myself. Tweet and let me know what you learn about yourself and those around you. 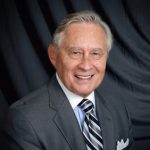 Stanford Erickson is a thirty-five year member of the National Press Club in Washington, DC, and a former member of the Overseas Press Club in New York City. For more than twenty-five years, as a Bureau Chief in Washington, DC, and a reporter and editor in New York City, he covered Presidents, Congress, Administrative and Regulatory Departments and Agencies. He interviewed Presidents and other world leaders and many significant business leaders in the country.

As a journalist, he worked for Hearst, McGraw-Hill, Knight-Ridder and The Economist Group. As a journalist he worked in San Francisco, Korea, Chicago, New York, Washington, DC and Philadelphia. He was a speechwriter in Washington, DC, and then headed up public relations worldwide for the largest U. S. ship company, traveling through North America, Europe, the Middle East and Asia. He then returned to his first love journalism, working for Knight-Ridder and The Economist Group and then, with investors, he bought and turned around Farm Journal, the largest media company serving farmers in the United States. At one point in his career, he was generally considered one of the most knowledgeable journalists in the United States reporting on world trade and international economics.

In 2012, he published a non-fiction book, How To Be Wiser Than Solomon, and later in October 2012 published another non-fiction book, Mama’s Boy Presidents: Why Do We Keep Electing Them?  In  2016, Erickson published the non-fiction book The Kind of Women Who Can Be President of the United States. Both books about the U. S. presidency involve biographies of past presidents and  explains what it takes to be a successful president in the 21st century.