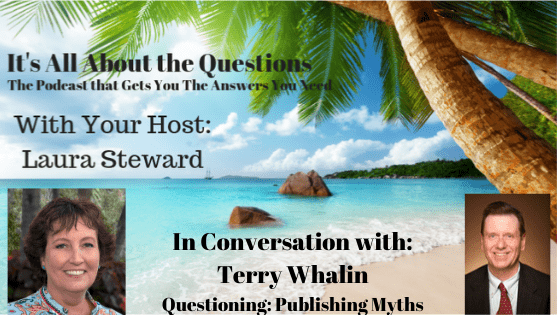 Terry Whalin has been in publishing for over three decades on both sides of the aisle. He has seen the industry change and has also seen authors change. Over the course of his career what has not changed are the myths around publishing, being an author and money.

How does one succeed as an author? By understanding publishing and what you, as an author, need to do to push your success forward.

During this episode Terry Whalin shares several of the myths and the actions you can take today to begin selling more books, get published, make money as a writer and understand the business of being an author. Because face it, the days of, “if you write it they will come,” are gone. You need to market yourself and your book even before the first word has been written.

Terry Whalin has loved books since his mother read And to Think That I Saw It on Mulberry Street (the first Dr. Seuss book). He has worked both sides of the editorial desk—as an editor and a writer. He worked as a magazine editor and his magazine work has appeared in more than 50 publications. A former literary agent, Terry is an Acquisitions Editor at  Morgan James Publishing .

He has written more than 60 books through traditional publishers in a wide range of topics from children’s books to biographies to co-authored books. Several of Terry’s books have sold over 100,000 copies.  Terry’s book,  Jumpstart Your Publishing Dreams, Insider Secrets to Skyrocket Your Success  (Morgan James Publishing) is packed with insight. His most recent book is  Billy Graham, A Biography of America’s Greatest Evangelist  (Morgan James Publishing). Also Terry has an innovative online training course to help authors effectively connect with literary agents and editors called  Write A Book Proposal  . Terry is a popular speaker and teacher at numerous writers’ conferences and an active member of the  American Society of Journalists and Authors .  He lives near Denver, Colorado and has an active following on twitter (@terrywhalin).