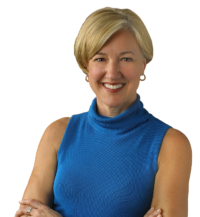 “A pattern gets triggered that shifts you into autopilot. Those buttons are an unconscious block.”

Those words, from my guest Clardy Malugen, former CEO of a multimillion dollar company, define why she has switched paths from working with companies like Walt Disney Imagineering and NBC Television and now focuses on helping others heal their lives and bodies.

I had the pleasure of being introduced to Clardy by my friend and previous guest on the show, Jackie Lapin. We met over dinner and her insights into some ongoing health issues were nothing sort of miraculous and some issues I had prior to a healing session with her are just gone.

During this episode that was done live on the show on June 5, 2018, sorry for the posting delay, Clardy shares tips on how you can begin to release blocks that are preventing you from healing and how you can stay in the light even when everything around you seems to be in the negative.

Scientists have been studying Clardy’s work and have tracked DNA changes in her clients after healing sessions. She shares several stories of healings that have occurred and how she realized that healing work was really her calling.

Stay listening to the end as Clardy is givin all my listeners some free resources to get you to the point where you can finally answer this question, “What would your life look like if you were not holding yourself back?” 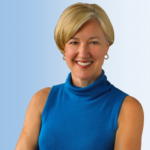 Clardy earned a prestigious Writer of the Year award from the Jordan Whitney Report, and garnered a nomination from The American Film Institute for her TV/video project entitled Save the Earth: A How-To Video. Clardy’s work has been featured in many publications such as The Los Angeles Times, USA Today, Whole Life Times, and on Entertainment Tonight and MTV.

Throughout the years, Clardy has quietly explored her natural gifts as a medical intuitive and energy healer. She recently made a commitment to share these remarkable gifts with clients in both her private practice and workshops. Utilizing what she calls a “transdimensional energy connection to The Field”, she has facilitated hundreds of instantaneous healings of both emotional and physical limitations that have been described as “miraculous”. Although often called a  “master healer”, Clardy believes that her work with energy simply helps to release negative energy fields that are blocking the body’s natural ability to heal itself.

A former resident of  Los Angeles and New York, Clardy currently resides with her two sons in Orlando, Florida.