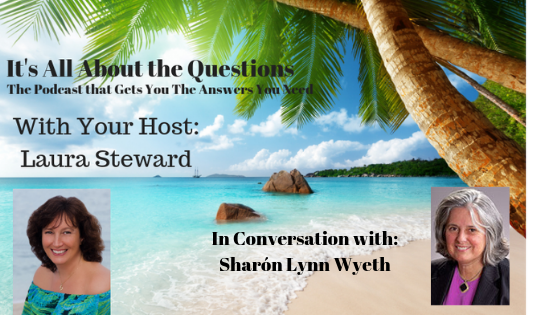 Sharón Lynn Wyeth has spent most of her life studying people. First as a teacher and then as the Founder of Neimology. The science of interpreting names is an old one. Going back to ancient times,first names have been bestowed on children with the weight of what their parents hope the child’s future will look like. Or in some cases no major thought whatsoever to what their name means.

But what if there was more to your name than its definition? What if you could figure out who to hire, who to take on as a client, who to marry or at least what name you should take on after you marry? What if by understanding your own name, you had the keys to unlock the best of you in the world?

Take a listen as Sharón Lynn Wyeth unlocks the secret behind Neimology and how you can learn how to decipher your name, and others, by yourself.

You may have seen her on Good Day LA, New York City’s Fox News, Good Morning Arizona, and in various other cities on NBC, CBS, & ABC or have heard her interviewed on any one of hundreds of radio shows.

Today she is hired by Human Resource Departments in choosing appropriate candidates to interview, lawyers in how to present cases to judges, and individuals who wish to know themselves better and maximize their ability to connect with others. She also assists nationally and internationally in naming new businesses, new products, and when people wish to change
their names.