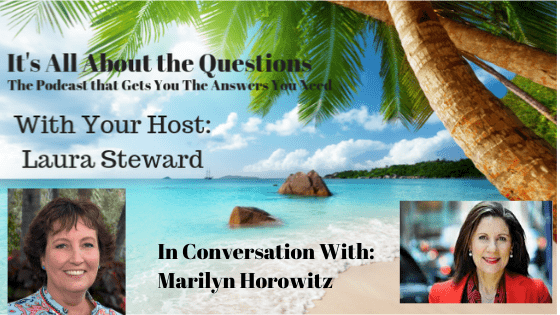 Marilyn Horowitz teaches screenwriting at NYU and is herself a screenwriter and producer and author. Screenwriting is in her blood and she has even been called in to be a script doctor when scripts need some fixing.

What is it about movies, TV Shows and plays that makes mostly every author want their book to come alive on the big or small screen?

Marilyn shares tips from her trademarked Horowitz System of writing including content from her NYU textbook, The 4 Magic Questions of Screenwriting on this episode. She explains how you can eliminate writers block and also clears up how you can use each side of your brain to write quickly and easily. 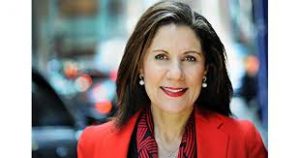 Marilyn Horowitz is an award-winning New York University professor, TV show creator, producer, and Manhattan-based writing coach, who works with successful novelists, produced screenwriters, and award-winning filmmakers. She has a passion for helping novices get started. Since 1998 she has taught thousands of aspiring screenwriters to complete a feature length screenplay using her method. She completed her tenure as a judge for the Fulbright Scholarship Program for film and media students in 2013 and as a judge for the New York Women in Film and Television (NYWIFT) Ravenal Foundation Grant. In 2004 she received the coveted New York University Award for Teaching Excellence.

Professor Horowitz has a created a revolutionary system that yields a new, more effective way of writing. She is the author of six books that help the writer learn her trademarked system, including editions for college, high school, and middle school. The college version is a required text at New York University and the University of California, Long Beach. Two of her books have been used in the Lights, Camera, Literacy! program taught to over 1,000 children in Maryland’s Montgomery County Public School System (a recent recipient of the “Malcolm Baldrige National Quality Award” for outstanding scholastic performance).

Professor Horowitz writes articles for Script magazine, and she pens a monthly column for MovieOutline.com, an online magazine with 30,000 subscribers. She is featured in Now Write! Screenwriting anthology published by Tarcher/Penguin edited by Sherry Ellis and the 2014 edition of The Expert Success Solution. Marilyn’s latest novel, The Book of Zev, reached Amazon Best Seller status when it was released in December 2014.

Professor Horowitz has written several feature-length screenplays. Her production credits include the feature films And Then Came Love (2007), starring Vanessa Williams and distributed by Warner Bros.; Caleb’s Door (2009), distributed by Around the Scenes; Found in Time (2011); Nocturnal Agony (2011); and The One(2011).