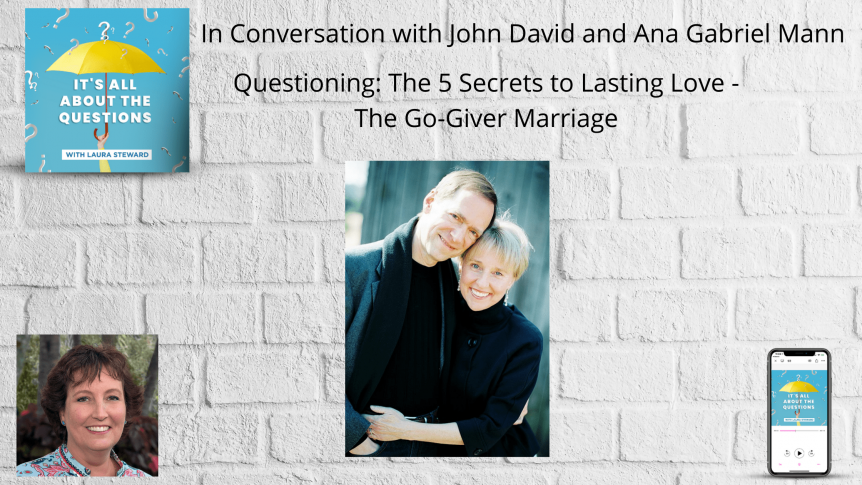 John David Mann and Ana Gabriel Mann joined me to discuss their seminal work, The Go-Giver Marriage A Little Story About The 5 Secrets to Lasting Love. This is not your average book about relationships and marriage. Nor is this interview.

Take a listen as I ask John and Ana about the foundation for the book, how their lives intertwined to create the book and how each of us can begin to improve relationships that matter to us. 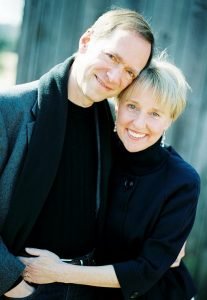 JOHN DAVID MANN is coauthor of more than thirty books, including four New York Times bestsellers and five national bestsellers, including The Go-Giver (coauthored with Bob Burg), which has sold over 1 million copies and won the 2017 Living Now Book Awards Evergreen Medal for its “contributions to positive global change.” He is married to Ana Gabriel Mann and considers himself the luckiest mann in the world.

ANA GABRIEL MANN, M.A., holds a Master’s degree in clinical psychology and dance-movement therapy from Antioch New England, where she specialized in working with adults and family therapy. In addition to her work in family therapy and 5 Secrets marriage coaching, she has served as clinical director for a support program for families caring for loved ones with Alzheimer’s disease, co-founded New England’s first college of Chinese medicine, and worked as a corporate consultant, speaker, trainer, and business coach. She is the creator and lead facilitator of the Go-Giver Marriage Coaches training program.

John and Ana have been dreaming about cowriting The Go-Giver Marriage and bringing its message to the world ever since the first draft of John and Bob’s original book came sliding out of his desktop printer in early 2005.

Read along with the recording or just read the episode!