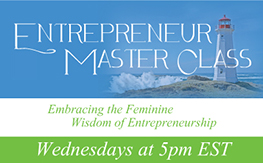 Sandra Champlain founded and runs three businesses. Well actually I think four now and each one is a success. She is going to share with us her secrets to success and how she finds time for herself and for helping others with her groundbreaking book, We Don’t Die.

Join us Wednesday, October 29th at 5pm Eastern/2pm Pacific/22GMT as we unlock the secrets to parallel Entrepreneurship and also lift the veil on grief on the All Business Radio Network.  If you can’t catch us live, join us on iTunes or Stitcher for the replay.

Sandra is a highly respected speaker, author and entrepreneur committed to making a difference in the lives of others. She is a graduate of the Culinary Institute of America and at 25 years old, opened Kent Coffee & Chocolate Company, where she is the owner located in Kent, Connecticut. Since 1986 she has chefed for world-class race car teams in the American LeMans Series and Grand-Am series.

She and her mother, Marion, own Marion’s Hospitality and together they provide delicious, nurturing meals to the hard-working mechanics, drivers and service people on race car tours around the country. Sandra is the co-host of “Diamonds In Your Own Backyard” radio show, a radio show that empowers entrepreneurs. Go to www.travisandsandra.com for more information and to listen to the show. Sandra lives in Byfield, Massachusetts.