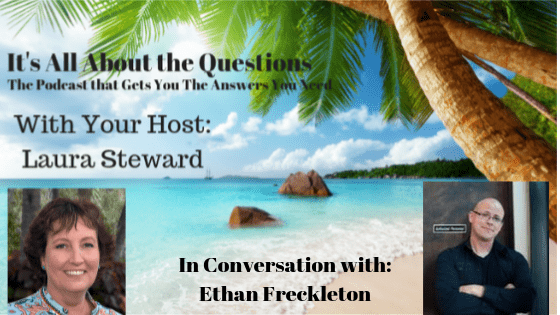 Everyone has a story. Some are able to tell their stories in a way that transforms the listener. Others, have a story that can change people but cannot seem to share it due to fear or some level of fear that minimizes the sharing. Ethan Freckleton had been so filled with fear that he was unable to lift himself up at one point and then something changed. He recognized that fear was the only thing between himself and his dreams.

On this episode, Ethan, known as the Ambassador of Fearless Storytelling, shares how he went from feeling trapped to live his life out loud and helping others do the same. Ethan shares several powerful questions you can ask yourself to shift you from feeding fear to nurturing hope and more.

If you are, or have ever been stopped by fear, this episode is for you. 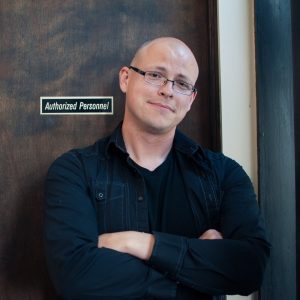 Bellingham, WA based Ethan Freckleton continues the tradition of honest storytelling, whether that’s in the form of Americana – melding a heavy influence of blues and country music with the louder and heavier guitar sounds of the grunge era that he grew up with – or as an author of speculative fiction.

As an author, Ethan Freckleton has helped hundreds of people start living their best lives with ‘The Change Habit,’ and entertained thousands more with his fiction. His debut novel, PROPHET OF VIRTUE (March ’18), was a humorous exploration of the oft-dysfunctional Seattle software culture. Recent releases include OF DONKEYS, GODS, AND SPACE PIRATES (May ’19).

As a songwriter, devoted to writing great songs, he has continually refined his approach while studying the craft of songwriting with hit writers – among them: Jeffrey Steele, Tom Hambridge, Hugh Prestwood, Angela Kaset and Don Henry. Their teachings left their mark, as Ethan emerged with his own brand of sincere, soul-infused rock n’ roll.

He has been carried in rotation on independent and commercial radio stations around the globe, from the UK’s HOT RADIO 102.8 to Southern FM 88.3 in Melbourne, Australia; as well as in the USA on such stations as Los Angeles’ KPFK 90.7 FM and Hawaii’s KTUH 90.3 and KKCR 90.9.

Ethan is currently the host of THE FEARLESS STORYTELLER podcast, and busy penning the third and final book in a humorous science fiction trilogy. As a musician, he’s an alumni of Seattle, WA area bands The Troublefakers, Alectrophobia, The Disappointments and Lust for Kicks. As a teenager, he shared the stage with blues greats RL Burnside, Lonnie Pitchford, Dave Conant. https://www.ethanfreckleton.com/