From a bookstore in a hair salon in 1927 to a world dominating force in 2019 in getting books into the hands of readers while supporting the authors, Porchlight Books, formerly 800CEOReads, takes a chance on a name change.

Sally Haldorson has worked at 800CEORead for over 21 years and for the last four years she has been at the helm. How do you navigate and thrive in a world where, as Sally puts it, “Amazon Happened”?

I love when I get to interview people in the trenches. The ones doing the work everyday. The ones who are not just thought leaders but leaders in every sense of the word. In the world of publishing many companies come and go and few thrive AND are considered leaders in making a difference for their employees and their clients. Porchlight Book Company and Sally Haldorson are the real deal in the world of publishing. They make things happen for authors and their clients. They also have their own Business Book Awards and a highly sought after bestseller ranking list.

So why change your name and risk losing the momentum you have built for decades?

Take a listen as Sally shares with us the why and the how behind the change. She also shares why she feels books are like concerts and how selling books should be like selling tickets to a concert. You get more than just the music at a concert and readers need to get more than just the book to build raving fans. Changing a business name is not for the faint of heart and I know that this rebranding is the continuation of a beloved brand that will enable it to help authors for decades to come. 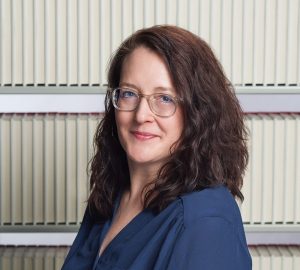 Sally Haldorson is a 25-year veteran of book selling and a live-long lover of books. Her first job post-college (English degree, of course) was working for the now-defunct B.Dalton and then supervising at their short-lived children’s store P.B.Pages. After attending graduate school in Creative Writing at the University of Wisconsin-Milwaukee, it was her husband’s turn to return to school, so she once again turned to book selling, taking a job in 1997 at Schwartz Business Books, one of 9 stores owned by Milwaukee’s independent bookstore chain, the Harry W. Schwartz Bookshops. The Schwartz family legacy had begun in 1927 as a publisher in the back of a hair salon and in 1984, in addition to many brick-and-mortar stores run by Harry’s son, David, had added business books as a concentration, lead by Jack Covert.

Through the 21 years she has worked for the family as Schwartz Business Books later became 800-CEO-READ (to emphasize its business concentration) and has now re-branded as Porchlight Book Company to represent its ability and desire to help sell and promote all types of books with large audiences, Sally has worked her way through all aspects of the company— customer service, operations, accounting, marketing, and now management—, and helped guide the company through external industry disruptions such as Amazon, the roller-coaster economy, and the emergence of technology in publishing, as well as internal change as the family was forced to close the bookstore chain itself in the late 00s and retirements have instigated changes in leadership in the most recent decade.

Working for a small, family company has also allowed Sally the opportunity and flexibility to give attention to her own family. When her son was born on 2005, and began to show signs of ill-health and disability, the company adapted to the demands of being a mother to a special needs child and offered her work she could do from home—during those years, she helped Jack Covert and Todd Sattersten (then 800ceoread’s General Manager) write and publish the book The 100 Best Business Books of All Time with Portfolio now in its 3rd edition and having sold over 30,000 copies. She became General Manager of 800-CEO-READ in 2015, the same year Sally’s husband was diagnosed with leukemia at age 47. With the company’s support Sally was able to manage both her family’s needs as well as the company’s growth as 800-CEO-READ moved into a new building with the space to expand its logistics capabilities and staff.

2019 has brought about even more change as Sally and new CEO Rebecca Schwartz have led a re-brand with new technological infrastructure to enable the company to contribute even more to the authors and publishes who bring great work into the marketplace of ideas. In her “spare time” Sally has drafted a memoir titled Brave as Stars, and you can find her work at sallyehaldorson.com.