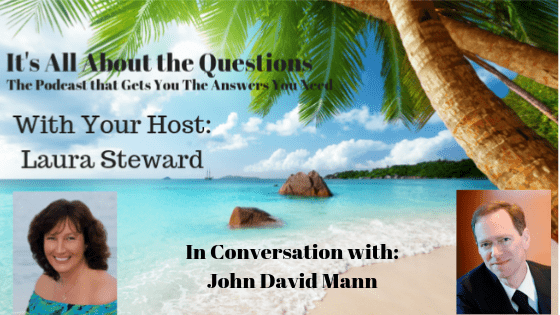 What does it really take to have financial freedom. To be financially free to have what you need and what you want without fear that you will be broke?

There are many books out there touting the latest gimmick to have the monetary life you want but many are just that, gimmicks. My guest today is the co-author of The Latte Factor with David Bach and I recommend this book become required reading.

If you are not so much into reading, then take a listen to this interview as John David Mann lays out the decade long quest to get this book written, how any one can achieve their financial dreams and yes, how a latte really can lead to financial freedom without giving up the latte.

JOHN DAVID MANN has been creating careers since he was a teenager. At age 17, he and a few friends started their own high school in Orange, New Jersey, called Changes, Inc. where he went on to teach. Before turning to business and journalism, he forged a career as a concert cellist and prize-winning composer. At 15 he was recipient of the BMI Awards to Student Composers (at the time, their youngest award recipient ever). His musical compositions
were performed throughout the U.S. and his musical score for the play Prometheus Bound (written at age 13) was performed at the amphitheater in northern Greece where the play was originally premiered over 2,000 years ago.

John’s diverse career has made him a thought leader in several different industries. In 1986 he founded and wrote for Solstice, a journal on health, nutrition and environmental issues. His series on the climate crisis (yes, he was writing about this back in the eighties) was selected for national reprint in the Utne Reader. In 1992 John produced the underground bestseller The Greatest Networker in the World, by John Milton Fogg, which became the defining book in its industry and sold over 1 million copies in eight languages. During the 1990s, John built a multimillion-dollar sales organization of over 100,000 people, and co-founded and served as editor in chief of three business journals. 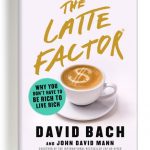 John is an award-winning author whose writings have earned the Nautilus Book Award, the Axiom Business Book Award Gold Medal, Taiwan’s Golden Book Award for Innovation, and the 2017 Living Now Book Awards “Evergreen Medal,” awarded to his beloved parable The Go-Giver for its “contributions to positive global change.” John’s books are published in three dozen languages and have sold more than 3 million copies. In addition to coauthoring The Go-Giver with Bob Burg, he is also coauthor of three New York Times bestsellers and five national bestsellers, including The Red Circle and Mastering Fear with former Navy SEAL Brandon Webb, The Slight Edge with entrepreneur Jeff Olson, Real Leadership with financial CEO John Addison, and I Should Be Dead with political commentator Bob Beckel. His Take the Lead, with former White House adviser Betsy Myers, was named Best Leadership Book of 2011 by Tom Peters and the Washington Post.

John is married to Ana Gabriel Mann and considers himself the luckiest mann in the world.