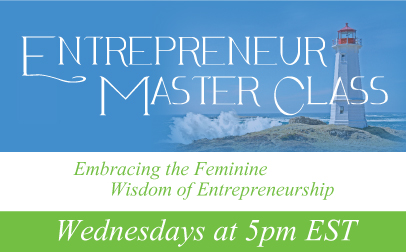 There are many ways you can raise money for your business. One of them is hitting up family and friends, another is borrowing from the bank, perhaps another is crowdfunding. The one that I have found clients have the most difficulty getting their heads wrapped around though is venture capital. You would think it would be crowdfunding yet it is not. There are a lot of resources available with a few keystrokes around crowdfunding. Not as much around how to get in front of the right VC group. So what do you do if you have an idea and you want/need funding?

Today’s guest has owned his own technology company for over 32 years and has his hands in a lot of other pies as well including a VC firm. Larry Baum is going to answer questions including,  “Why VC? What are other options? What do VC firm’s listen for when being pitched? And he will also tell us what questions you need to ask yourself BEFORE you go out and raise money.” 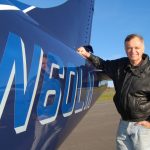 Join us on Wednesday, April 8th at 5pm eastern for Entrepreneur Master Class on the All Business Radio Network!

Larry Baum grew up in the Ithaca, NY area moving from a family farm in Genoa, NY at age 7.  He attended the Ithaca public schools and Cornell University graduating with a degree in Communications in 1972 after studying electrical engineering for two years.  After working outside Ithaca for a short-time as a journalist, Larry returned to Ithaca and worked as a photojournalist and writer through the late 1970s.

In 1978, Larry along with a partner bootstrapped a two person computer programming and technology company which ultimately grew into The Computing Center. The business began in his mother’s house in downtown Ithaca and today has over two dozen employees, providing computer systems, networking technologies, hosting services, systems consulting, training and support throughout southern central New York.  Larry currently serves as Chairman and CEO of the company.

Professionally, Larry has served on a number of computer manufacturer and distributor advisory councils including Intelligent Electronics Business Technology Centers, and Ingram Micro’s Venture Tech Network. One of Larry’s avocations is in investing in and starting private companies which he has done since the 1980s.  Some of his start-ups and investments in addition to The Computing Center include:

–          Automated Environments, Inc.  (AEI).  Larry helped launch this company in 1984. A high-tech agri-business technology company that created and sold automated computer controlled environmental systems initially in the poultry (egg layer) business.  This expanded to other areas of agriculture including livestock and mushroom production.  He held various roles with the company  which was ultimately sold to a Japanese conglomerate in 1995.

–          Boards of directors of Draker Laboratories, and Thermal Storage Solutions.

Larry is a forty year private pilot and plane owner. He is active in boating, photography, and has traveled extensively.  He is been married to Trudy since 1982 and has two grown sons, Brian and Ari.