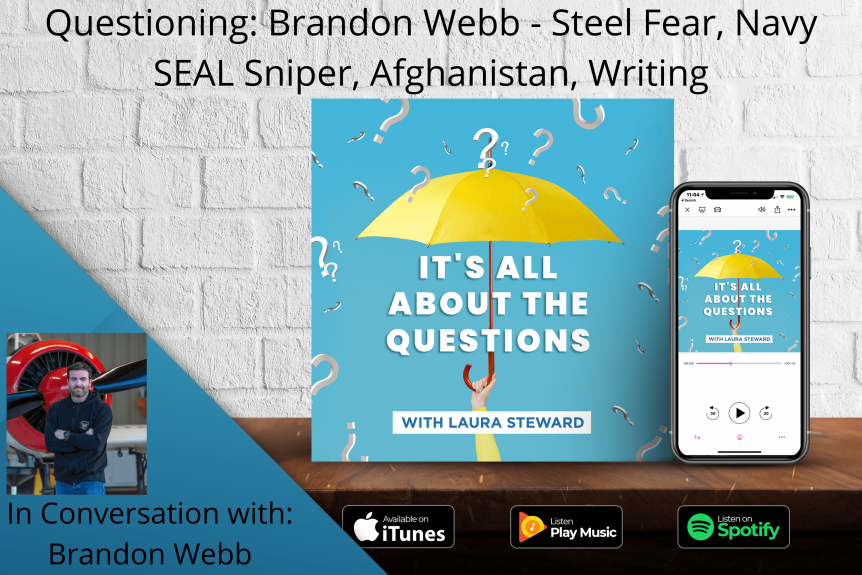 Becoming a Navy SEAL is hard enough but then becoming a SEAL Sniper and then SEAL Sniper instructor and then being asked to revamp SEAL Sniper training is not something many have on their resumes. Add NY Times Bestselling author, entrepreneur, military advisor, father, pilot, philanthropist and several other things to the list and you have an exciting repeat guest to my show.

Brandon Webb recently took a detour from his prolific non-fiction writing and wrote his first fiction novel, Steel Fear. Picture this, serial killer, aircraft carrier at sea… I devoured it in one sitting. We talked about writing differences between non-fiction and fiction, where the premise for the book came from, his travels during COVID with his son and why his son is going to college in Europe versus the USA. And, because I rarely get to speak to someone of Brandon’s level when it comes to world events, we also talk about Afghanistan from the perspective of someone who has served there and is still informed. 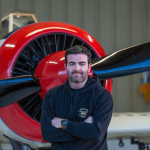 Over his navy career he completed four deployments to the Middle East and one to Afghanistan, and redeployed to Iraq in 2006–7 as a contractor in support of the US intelligence community. An accomplished and proven leader, Brandon was meritoriously promoted to First Class Petty Officer, ranked #1 in the Command, while an instructor at sniper cell. Shortly after he was promoted again to the rank of Chief Petty Officer (E-7).

He went on to create and run two brands: SOFREP Media (SOFREP.com) and Crate Club, and bootstrapped them to eight-figure revenue. He successfully exited the Crate Club in 2020 mid Pandemic. He continues to run SOFREP Media, a military-themed digital media company. SOFREP aims to be the “MARVEL” of military content and has already produced several hit online shows, books, and podcasts.

Webb is a multiple New York Times bestselling author of nonfiction and is now focused on his new thriller series with his creative writing partner John David Mann. Steel Fear, is a high-seas thriller that follows the US navy’s first serial killer. He is also the author of “The Reservation”, a fictional account of the dark side of Special Ops in Afghanistan.

Brandon studied at Embry Riddle Aeronautical University, and Harvard Business School’s two-year OPM program. He is a member of the Young Presidents Organization, and has served as an appointed member on the veterans advisory committee to the Small Business Administration (SBA).

He enjoys spending time with his tight circle of amazing kids, family and friends. When he’s not traveling or flying his planes upside-down, you can find him at home in beautiful San Juan, Puerto Rico.

Read the episode or follow along with the recording!