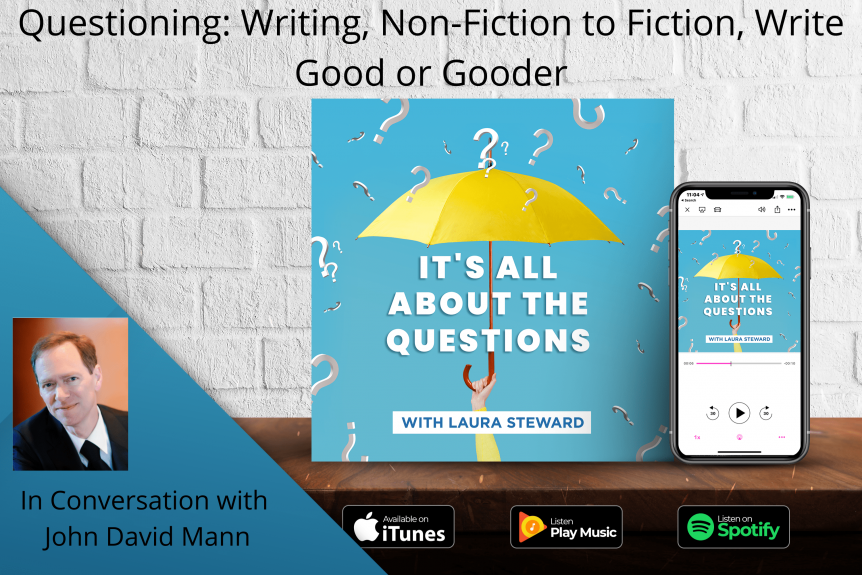 I never turn down a chance to have John David Mann on the show. I crave reading any book, article, blog or social media post or even just an email he sends. Each word is crafted. Not just typed onto a page but crafted to create maximum lift to the entire manuscript, post or other type of written composition. No wonder he is a multiple New York Times bestselling author and that The Go-Giver, cowritten with the amazing Bob Burg, is a must read around the world. Over three million copies of his books have been sold and been translated into 35 languages.

On this episode we discuss John’s latest project with Brandon Webb, Steel Fear. Their first fiction novel which has been optioned to TV as has a second book in the series was just released and it required a different way of writing and thinking as John explains.

We also talk about his other passion project that was an unplanned one, Write Good, (Or At Least Gooder!) If you’ve read Stephen King’s famous book, On Writing, you will want to sign up on John’s email list to get a copy of this fan only book.

Share your thoughts about this episode and one takeaway on social media and tag me on all platforms @TheLauraSteward. 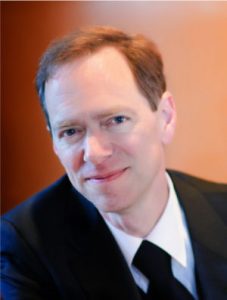 Before turning to business and journalism, John David Mann forged a successful career as a concert cellist and prize-winning composer. At fifteen he won the prestigious BMI Awards to Student Composers and received the award at the Waldorf Astoria in New York City, where he met such twentieth-century-music luminaries as William Schumann and Leopold Stokowski. He apprenticed as a choral conductor under his father, Dr. Alfred Mann, which gave him the chance to meet more legendary figures of classical music, including Randall Thompson, Leonard Bernstein, Boris Goldovsky, Robert Shaw, and George Crumb. His musical compositions were performed throughout the U.S. and his musical score for Aeschylus’ Prometheus Bound (written at age thirteen) was performed as part of a theatrical production of the play at the stone amphitheater in Epidaurus, Greece—the very one, in fact, where the play was originally premiered a few thousand years earlier.

At age seventeen, he and a few friends started their own high school in New Jersey (called Changes, Inc. — you can read about it here and here). “Alternative” though they were, his school successfully placed its students in such universities as Harvard and Yale. After graduating, he joined the school’s faculty. In the years since he has taught children in affluent Boston suburbs, Indiana farms, and the poorest neighborhoods on the outskirts of Philadelphia.

John never planned to go into business; it just seemed to keep working out that way. He has founded one school, one food distribution business, one graphic design business, and two publishing companies.

John’s diverse career has made him a thought leader in several different industries. In 1986 he founded and wrote for Solstice, a journal on health, nutrition, and environmental issues. His series on the climate crisis, “Whither the Trees?” (yes, he was writing about this back in the eighties), was selected for national reprint in 1989 in Utne Reader for a readership of over one hundred thousand. In 1992 John helped write and produce the underground bestseller The Greatest Networker in the World, by John Milton Fogg, which became the defining book in its industry. During the 1990s, John built a multimillion-dollar sales/distribution organization of over a hundred thousand people. He was cofounder and senior editor of the legendary Upline journal and editor in chief of Networking Times.

As a public speaker he has addressed audiences of thousands.

John is an award-winning author whose writings have earned the Axiom Business Book Award (Gold Medal, for The Go-Giver), the Nautilus Award (for A Deadly Misunderstanding), and Taiwan’s Golden Book Award for Innovation (for You Call the Shots). The Go-Giver was also honored with the Living Now Book Awards “Evergreen Medal” in 2017 for its “contributions to positive global change,” and cited on Inc.’s “Most Motivational Books Ever Written” and HubSpot’s “20 Most Highly Rated Sales Books of All Time”; The Go-Giver Leader was listed on Entrepreneur magazine’s “10 Books Every Leader Should Read” and Forbes magazine’s “8 Books Every Young Leaders Should Read.” His 2012 Take the Lead (with Betsy Myers) was named Best Leadership Book of 2011 by Tom Peters and the Washington Post. His first full-length novel Steel Fear (with former Navy SEAL Brandon Webb) is coming out in July 2021.

His books are published in 35 languages and have sold more than 3 million copies. John coauthored the international bestselling classic The Go-Giver (with Bob Burg), the New York Times bestsellers The Latte Factor (with David Bach), The Red Circle (with Brandon Webb), and Flash Foresight (with Daniel Burrus), and the national bestsellers The Slight Edge (with Jeff Olson), Among Heroes (with Brandon Webb), Out of the Maze (with Spencer Johnson) and Real Leadership (with John Addison). He also ghost-wrote the New York Times bestseller The Answer, by John Assaraf and Murray Smith. He has written for American Executive, CNBC, Financial Times, Forbes.com, Huffington Post, Ivey Business Journal, Leader to Leader, Leadership Excellence, Master Salesmanship, Strategy & Leadership, and Wired. You can find his writings on Huffington Post here.

He is married to Ana Gabriel Mann (check out their wedding photos and vows) and considers himself the luckiest mann in the world.

Read along with the transcript or just read the show