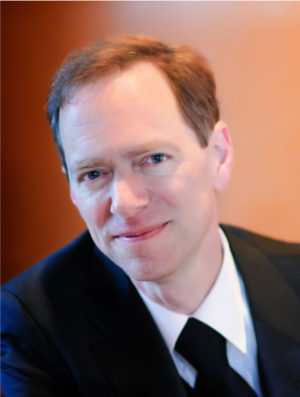 How do you define influence? For many it is being able to convince people to do things even if it is not in their best interest. But what if influence is less about compromise or getting people to do what you want, and more about creating a space where everyone “wins”?

My guest on this episode is John David Mann. My regular listeners will recognize his name as I have had him on the show multiple times. He is one of my favorite guests and a dear friend whose words always seem to arrive just when I need them most.

In his latest book with Bob Burg, The Go-Giver Influencer: A Little Story About a Most Persuasive Idea, Bob and John have written another book for the ages.

In this interview we talk about several of the five secrets to ultimate influence revealed in the book. We also talk about one of my favorite characters in the book, Solomon, and the power of Woof!

John David Mann is coauthor of the bestselling classic The Go-Giver, which has sold more than half a million copies in more than two dozen languages. Winner of the Axiom Business Book Award’s Gold Medal in 2008, The Go-Giver has been hailed as “the most important parable about business?and life?of our time” by bestselling author and Wharton professor Adam Grant; “a small book that packs a huge idea” by bestselling author Daniel Pink; “a good description of many of the most amazing people I’ve encountered” by Arianna Huffington; and “a must-read by anyone who wants to change the world” by talk show host Glenn Beck. Inc. magazine named it one of the 18 Most Motivational Books of All Time. His other titles include the New York Times bestsellers Flash Foresight (with Daniel Burrus) and The Red Circle (with Brandon Webb), and the national bestsellers Among Heroes (with Brandon Webb), The Slight Edge (with Jeff Olson), and Real Leadership (with John Addison). His 2011 Take the Lead (with Betsy Myers) was named by Tom Peters and the Washington Post as Best Leadership Book of 2011.