The world of business has changed and many are out of work or wondering if they need to figure out a different way to work.

Tom Antion has been making money on the Internet for over two decades creating products and websites from his hobbies and interests and other people’s interests. As he says, the money keeps rolling in even while he is sleeping. He has helped many achieve the same thing for themselves and their families.

I’ve known Tom Antion for close to a decade and referred many to him who are using his techniques to make money and make a difference with their message. He is the real deal and one of the most authenticate people I know.

On this episode Tom shares how to make your hobbies and family interests tax deductible, how to hire young savvy people to help you and the exact methods you can use to make money with knowledge you have or can readily get. 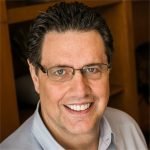 Tom Antion has never had a job. He’s an Internet Multimillionaire “guy next door” and and has been a professional speaker and entertainer since 1988 He says he’s taught more professional speakers than anyone living and he’s the founder of  the only licensed, dedicated Internet marketing school in the country along with the only facility of its kind in the world, “The Great Internet Marketing Retreat Center” where people come in from all over the world to study Internet marketing in the lap of luxury.

Tom’s podcast “Screw the Commute” teaches people how they could pretty much live two lives for the price of one if they weren’t sitting in the car on the way to work making other people rich. He’s the subject of a Hollywood Documentary “The American Entrepreneur” premiering later this year.