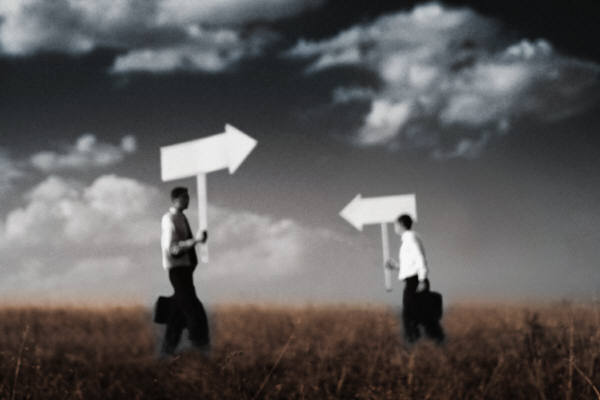 Sounds like a simple question with a simple answer doesn’t it? No, it’s not a trick question but one that requires more thought than most of us give to the answer. I’ve learned that there is a bigger, more useful question than just asking what direction I am going. It is actually more important to ask, “Where do I want to be and, will where I am going get me there?”

Too often we stay on a course that we set a long time again. We don’t reevaluate the course we are on as we are on it. We figure that any course we set must be a good one and we need to follow it until the end. Sounding familiar to anyone?

Just before I decided to sell my I.T. services company in 2009 I began looking at the course I had set for myself back in 1994 when I started the company. It is important to understand that I only began looking because of an incident that had happened with the business that made me realize I was not fully happy having the business anymore. I needed the 2×4 to the gut versus the whispers I had been ignoring for about a year or more.

As I reviewed where I had been and where I was going, I realized that somewhere along the way I had changed. What I thought I wanted long ago was not what I wanted for myself anymore. Mostly because I did nothing except work on and in the business and my health had begun to succumb to the constant stress of a place I no longer wanted to be but had not acknowledged for a long time. Anyone reading this experienced that place?

Once I began looking at the course I was on and where it was heading the realization hit me hard, I don’t have to keep following this course just because I set it. I could choose to completely change course or start a completely new one and declare I had reached the destination on the previous one. That was so freeing to me. Eight weeks later I had sold the business and began to look at my life and needs with a new eye.

I began asking deeper questions like, “what does success look like to me and where did that image come from? Those two questions really placed me on a new path because I realized my image of success came from external sources, good ones, but not ones that reflected my soul and passions anymore. I was striving to keep achieving more and more because my idea of success was based on bottom-line numbers, number of people in my “network” and external accolades.

When I began to write down my new definition of success I learned that I wanted to make a difference in people lives and that was the portion of running my business that had kept me going and got me out of bed every day. I could plan a new course based on the current me that had developed versus the old me who had grown over the course of fifteen years but was still reacting to triggers from the past.